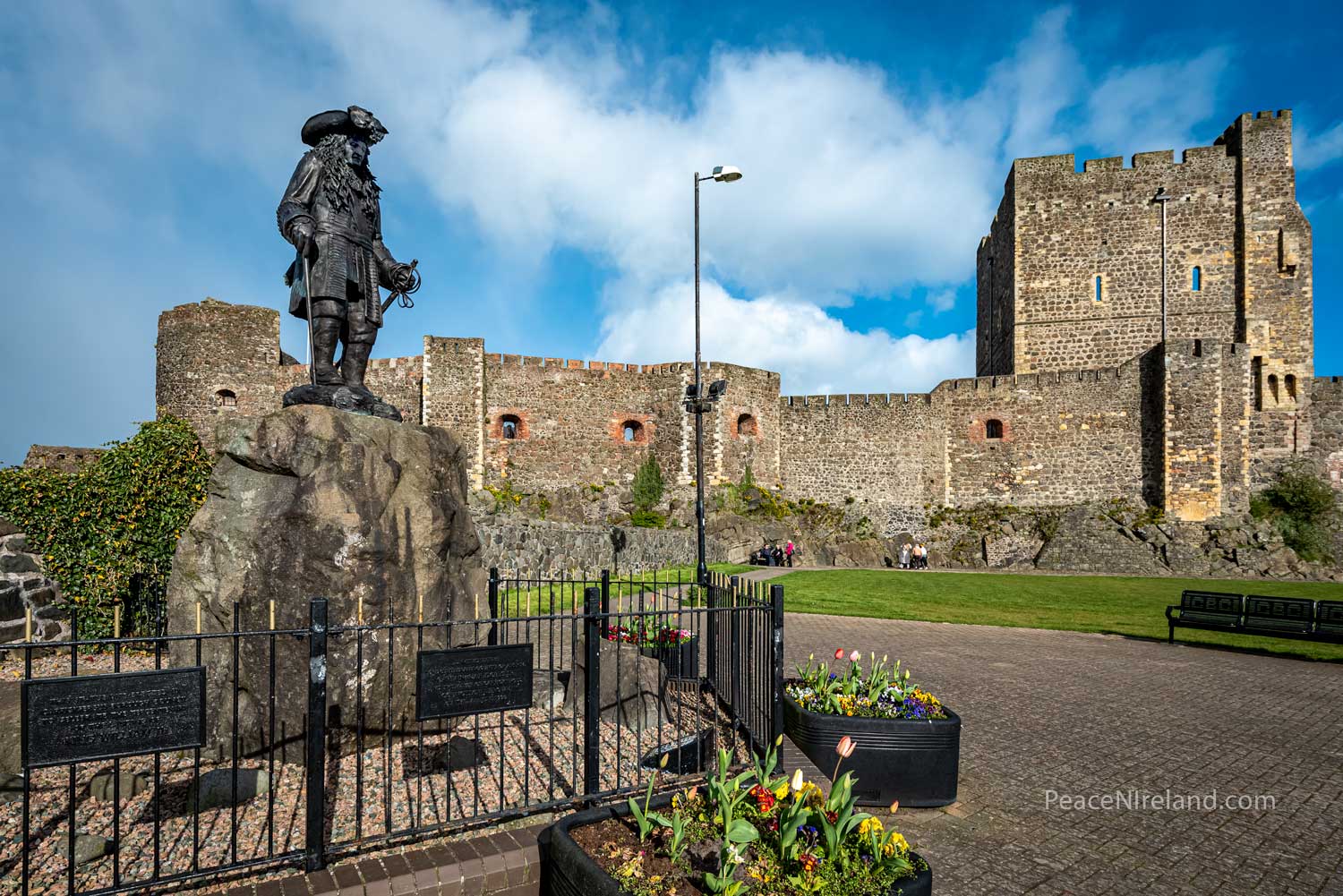 Sculpture of King William of Orange, on permanent display at Carrickfergus Castle in County Antrim

On this day (12th July) each year in Northern Ireland, the outcome of the Battle of the Boyne, fought in 1690, is celebrated by the Protestant fraternal order, The Loyal Orange Institution – commonly known as The Orange Order. Formed in County Armagh in 1795, its members, known as Orangemen, march annually on this public holiday throughout every county in Northern Ireland. Smaller celebrations are also held in other parts of the world where Orange lodges have been set up.

The sculpture in the photo above is of King William of Orange, against the backdrop of Carrickfergus Castle in County Antrim where he was hosted before travelling south to the battle at the River Boyne near Drogheda in 1690. Two years earlier, William, a Protestant, had deposed his Catholic uncle, James II, to take the throne of England, Scotland and Ireland. William’s victory at the Battle of the Boyne put an end to James’s attempt to regain the British crown and instead helped to ensure a Protestant line of succession to the throne. 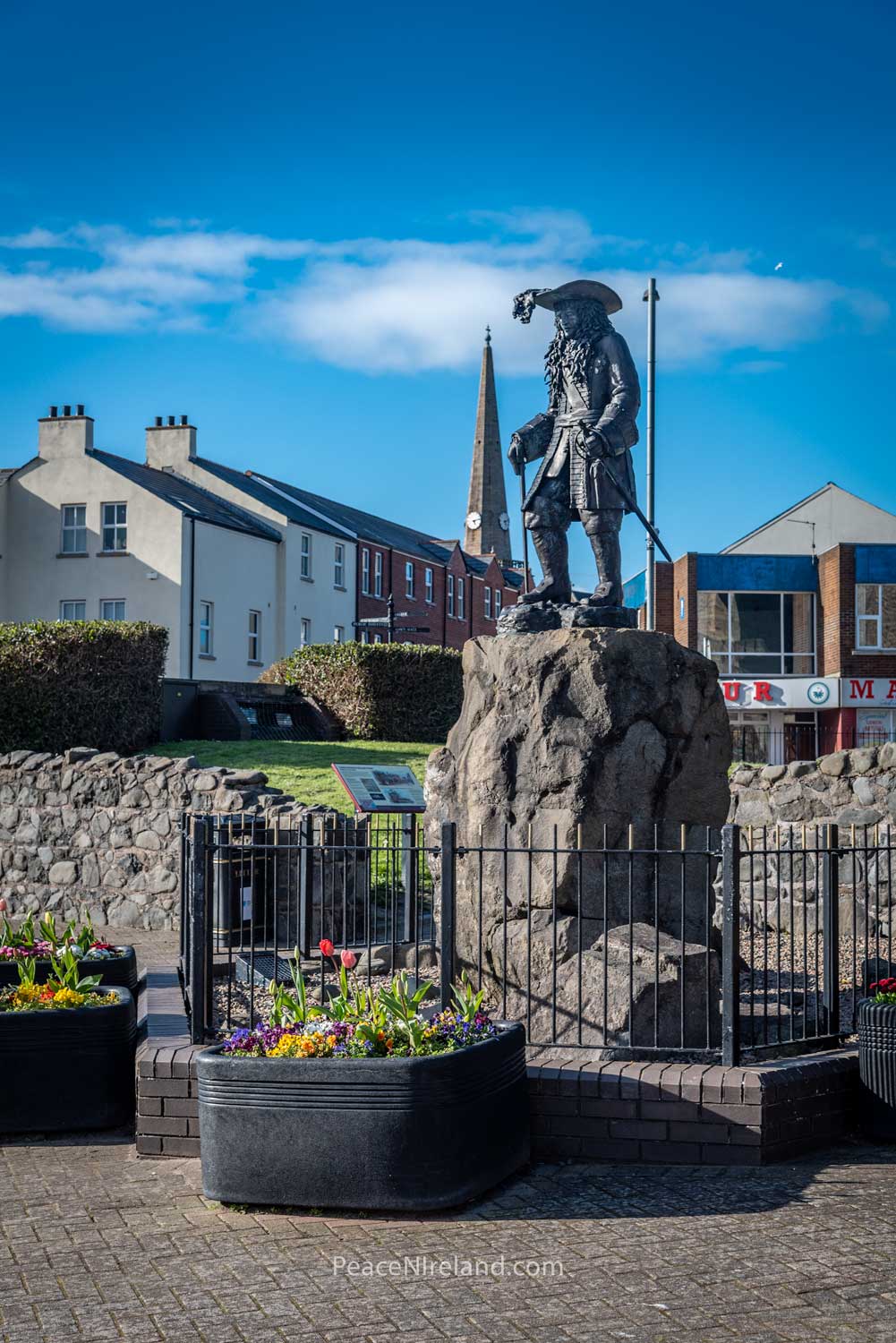 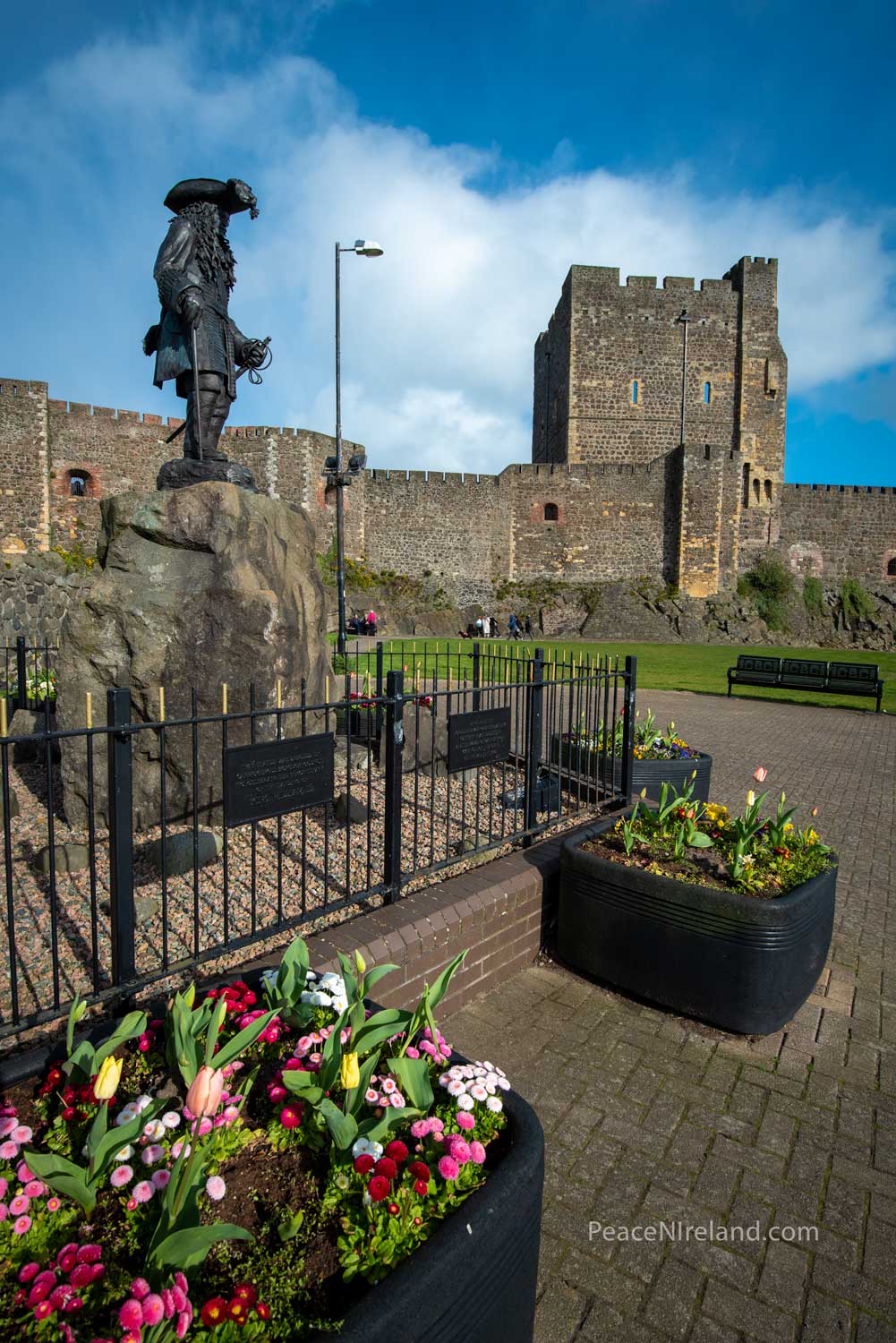 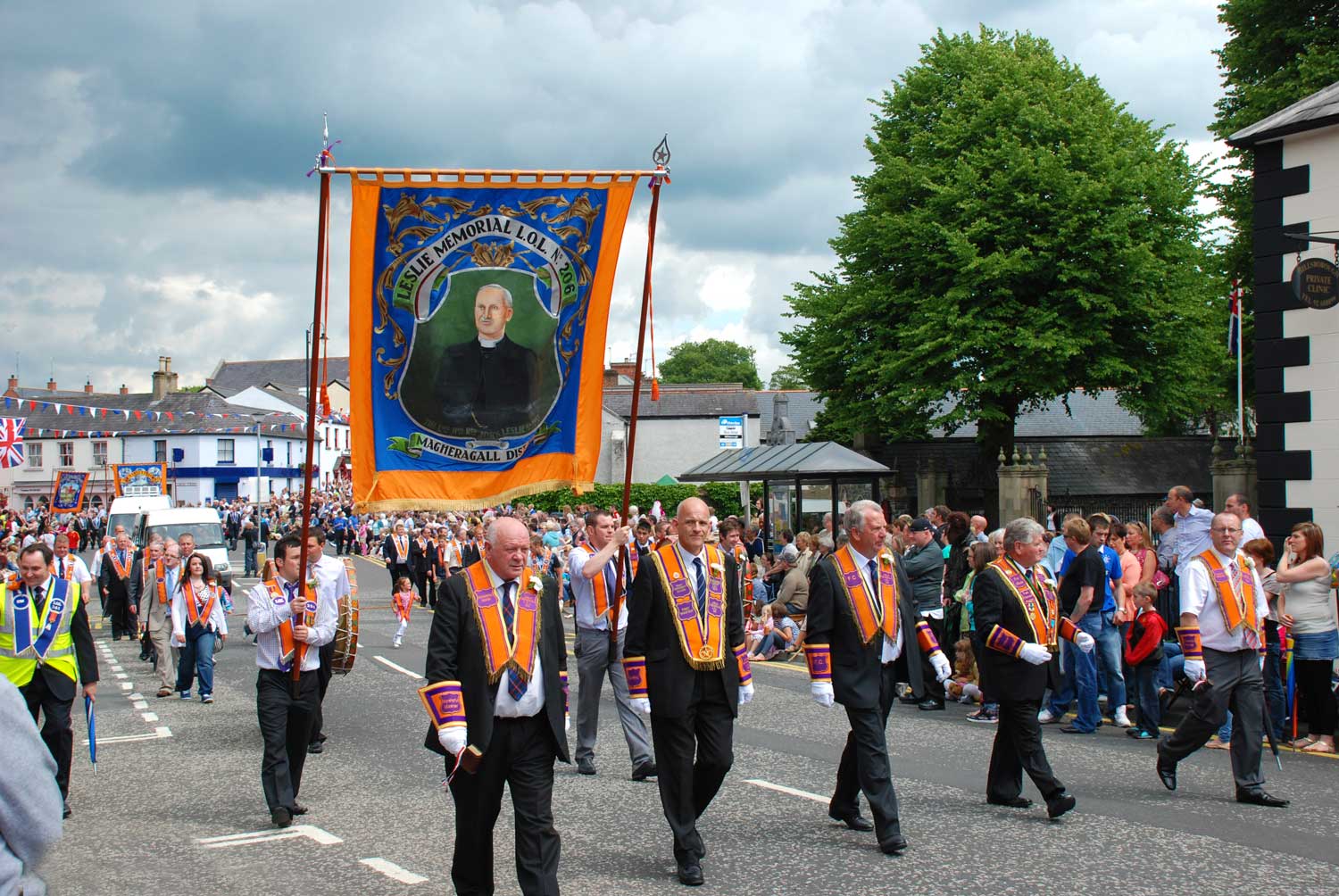 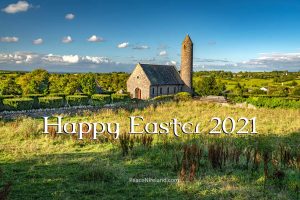 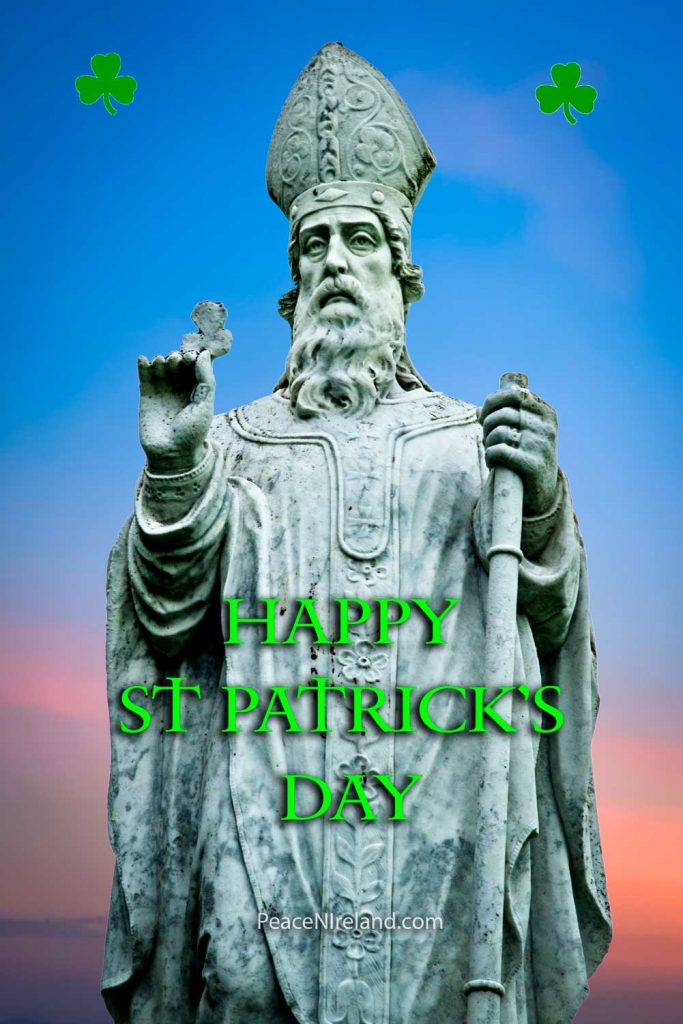